Welcome to radio direction-finding (RDF), also known as “Transmitter”, “Bunny” or “Fox” Hunting. I have been involved in transmitter hunting for many years. I started on the 11 meter CB band in the 1980's. Then when I was licensed as a Technician in 1991, I could not wait to find a 2 meter hunt group.

Fox hunting is not only a radio sport, but is also a useful tool used as an aid in finding sources of interference to any form of wireless radio communications regardless of the frequency or type of interference. These same techniques can also be used to find lost aircraft, boats and persons in distress.

This is only intended to be a summary guide of some of the basics needed for transmitter hunting. There are several books published and many web pages found covering the topic in greater detail.

Fox hunting comes in 2 basic flavors, mobile and on foot. Mobile Fox hunting generally covers a large area such as a city boundary or even county boundary. On foot is generally limited to a smaller area such as a Hamfest, park or area of no more than a couple of miles square. Some hunts may be a combination of both mobile and on foot. A Fox hunt can have any number of hidden transmitters. Sometimes the hunters will use a 2nd frequency to coordinate between themselves and use in case of trouble. The various national and international RDF competitions you hear about generally cover a larger park or wooded area, are on foot and have multiple Foxes to find.

For the basic guidelines I will talk about, I will use examples for 2 meter VHF Fox Hunting. Fox hunting is done on a variety of bands including the HF bands!

Any hunts that cover a larger area whether on foot or mobile, it is always good to use a map if you have one and using triangulation techniques narrow the possible location of the hidden transmitter. If you are not good at telling directions by using your surroundings and the position of the sun, moon, stars or moss on the trees, having a good compass and knowing how to use it might come in handy. Take signal direction readings from two (recommend 3) or more locations far apart from each other. Note on the map your location and the direction of the signal. I had a smaller laminated map and used dry erase markers to mark the plot lines. Where the paths of the signals cross on the map marks the possible location of the Fox. This of course is provided you are not receiving false directions due to the signal reflecting off of objects like buildings and terrain. The laminated map could be wiped clean and used again for the next hunt.

The most basic equipment used is the 2 meter hand held. Even when mobile hunting, you should have a hand held along in case you need to exit the vehicle and go on foot the last few hundred feet. I prefer a dual band hand held for reasons I will talk about later. I have also been known to take along a 2nd receiver like a scanner. No such thing as too many radios.

Antennas are the 1st most important factor used in Fox hunting. You will need some sort of directional antenna for any hunt covering a larger area on foot or mobile. Smaller area hunts like those at hamfests and small parks can be done without a directional antenna but will require a lot of running to come in first place. Any small beam from 2 to 4 elements regardless of type will work. More elements will mean more direction but more than 4 elements can be too heavy and cumbersome to carry around on foot. There are many different small directional antennas available commercially or build one yourself. I had used a cubical quad made from pvc pipe, fiberglass bike flag poles and wire. Cheap and simple to make. The only drawback to a directional antenna is the closer you get to the transmitter, the stronger the signal will be and the harder it will be to get a good forward direction bearing on the signal. You will get a strong signal off of the front and back of the antenna. Too close to a strong signal will also produce strong reception off of the side lobes making the directional antenna useless.

A phase detector antenna is a portable 2 element antenna system that samples and compares the received signal on the 2 antenna elements. The principal is that when the signal is the same on both antenna elements then they are the same distance from the transmitter. This means that the Fox is either directly ahead or directly behind you. They may have either a tone or a meter to show when the signals match. Toss a coin as to which way to go. It's not a perfect system but it does reduce the number of possible directions to look. These are usually hand held portable systems that can be held either horizontal or vertical. You can find these as commercially made, kit form and plans to build your own.

Attenuation is the 2nd most important factor used in Fox hunting. Reducing a strong signal to a weak one enhances your chance of getting a direction on it much better. There are several ways to produce attenuation either in the antenna, devices attached to the feed line or to the radio itself. Many radios are equipped with a RF adjustment allowing you to turn up or down the signal strength received. Check your radio manual if your radio has this feature.

Commercially made feed Line Attenuators can be found from several sources and are usually expensive. Used ones can be found at hamfests usually for just a few dollars in someones junk box. They can also be made with a few simple components, mostly several slide switches and double sided copper clad project board. Plans for these homebrew devices are found in several radio books and on the internet.

Antennas can also produce attenuation by changing the polarization of the signal received. Small portable directional antennas like a small yagi designed to work with a hand held work good for this. Rotating the antenna from vertical to horizontal polarization can reduce the signal strength received. The signal will be stronger when you match the polarization of the transmitter antenna and weaker when you are the opposite polarization. Using the very short stubby type of rubber duck antenna that has little or no gain will also give some attenuation. I have even seen hunters use a bent paperclip or other very short piece of wire inserted in the antenna center contact in place of an antenna. Removing the antenna completely will give the most attenuation. If you can hear the signal with no antenna attached, you are there!

There are also other ways of reducing the signal received. You can hold a hand held very close and tight against your body and turn around in a circle. When the signal is at it's weakest or can no longer be heard, it is behind you. Your body is blocking the signal. I have also seen people put hand helds in things like cardboard tubes, boxes and even deep plastic bowls wrapped in tin foil to block signals from reaching the receiver from the side and back.

Listening to the harmonics of the signal will let you know when you are getting close. As an example we will take a 2 meter simplex frequency, say 146.460 MHz. This was the simplex frequency used by my old hunting group. The second harmonic of that frequency (146.460 x 2) would be 292.920 MHz and the third harmonic (146.460 x 3) would be 439.380 MHz at the lower end of the 70 centimeter band. This is where that dual band hand held I mentioned earlier really comes in handy.

There may be times when the transmitter you are hunting is using high power and/or a high gain antenna. As you get very close to the Fox, your receiver tuned on the hunt frequency may become too saturated with the signal causing you to no longer be able to tell a difference in the S-meter signal strength. The 3rd harmonic signal will be a lot less strong allowing you to still get a direction on it. If you can remove the antenna from the radio monitoring the 3rd harmonic and still are getting a good signal, check your shoes as you may be stepping on it!

Some of the many internet resources: 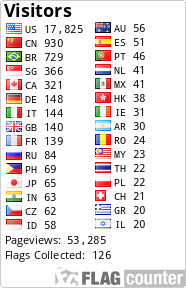